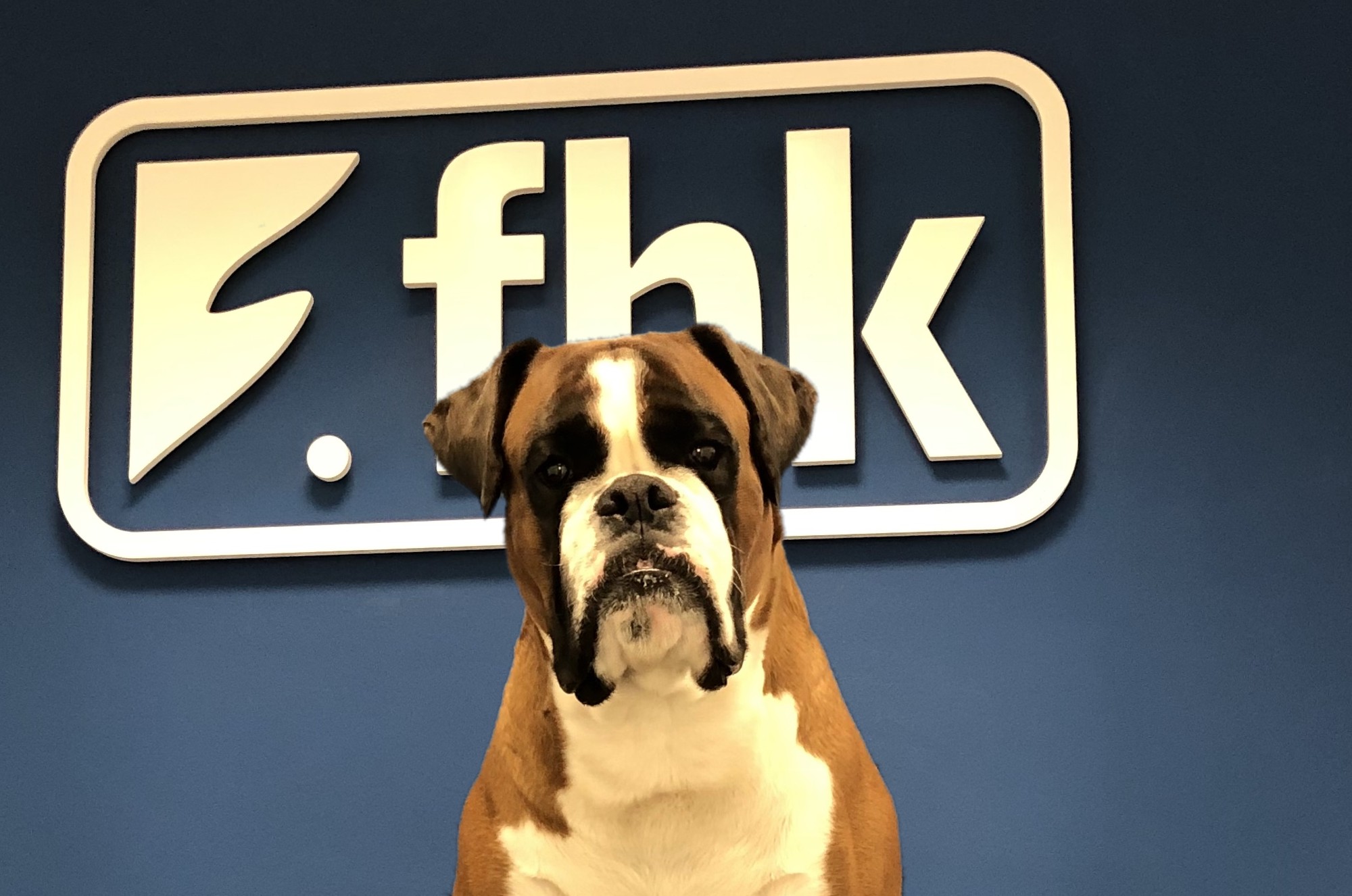 Silent but truly respectable, Sole is our mascot, owned by Gianluca Albonico and his family.

A magnificent specimen of pure Boxer dog, Sole is constantly “guarding” our headquarter hall with robust presence, observing all movements of guests, employees, delivery guys through his particular look on the face, a mix of quiet attention and gently disregard.

Having been raised really polite he doesn’t bark in the office, so the funny thing is that a couple of times a day he decides to move from his guard post to make a controlling trip along the departments on the ground floor checking if everything is fine, and sometimes happens that some of the colleagues, really concentrated on their tasks and often using their headset when working, all of a sudden and out of the corner of their eyes they see his silent presence behind them, as turning around from the seats discovering his face at 30 cm from their desk, wagging the tail and ask for a caress.

Sole is absolutely part of FBK team, playing his quiet by sincere role of guarding and controlling, with the unique exception when someone showing him a little ball or similar, at that point nothing else matters than going out in the FBK garden and play!